The VR Train Has Arrived! Why Advertisers Need to Jump on Board

On July 1, 1941, the first television commercial aired on what is now WNBC. It was a 10-second advertisement for Bulova clocks and watches. The ad was just a graphic and live voice-over that flashed on the screen. The company paid $9.00 for the spot and commercialized TV was born.

My, how times have changed.

Virtual Reality used to be the stuff of science fiction. Now, it’s real, it’s here and brands better get used to it—and do it right. Jupiter Research estimates VR headset sales will reach more than 12 million by the end of 2016 and over 30 million shipped by 2020. This presents an incredible opportunity for brands to leverage this next great advertising medium. With the arrival of Virtual Reality (VR), Augmented Reality (AR), 360-video and other forms of powerful immersive content mediums, advertisers are forging a new frontier of customer engagement.

Marketers, advertisers and publishers have exciting new opportunities for creating immersive content for better brand storytelling and seemingly, an ever-expanding audience to which to tell it. With headset manufacturers such as Samsung, Facebook’s Oculus and HTC along with Google Daydream, which turns your Android or iPhone into a state-of-the-art Virtual Reality headset, VR is quickly becoming accessible to the masses, which means brands need to start investing in this new medium. So, what does this mean for advertisers? Virtual Reality is all about allowing users to be granted unprecedented levels of access and interact with their environment like never before. The promise of VR is creating the “presence” – or the feeling that you have been transported somewhere else. When it comes to brands, VR gives consumers the ability to touch, feel and experience products and destinations like never before. This gives brands the opportunity to engage with their customers in more immersive and meaningful ways. It brings the viewer into the brand experience, and enables the consumer to have a deeper connection with a brand.

“VR is ripe for exploration in certain categories with travel being a big one, for example. For other categories, it is an interesting way to break through the clutter, but may not be 100% relevant for their brand—yet. With the fragmentation of the media landscape, there are many, many new opportunities for advertisers to engage with consumers, and brands need to be choiceful in their VR investment as it best suits their audience and their category,” stated Leesa Eichberger, head of Brand Marketing and Sponsorships at Farmers Insurance Group. Ad agencies and brands are already testing new VR platforms and content providers are ahead of the game when it comes to VR. FOX Sports and Live Nation work closely with NextVR to create live event-based VR experiences. McDonald’s is working with HTC to bring its customers onto the world inside a Happy Meal box. And Cadillac is developing virtual showrooms, which could mean the end of dealing face-to-face with the dreaded car salesman. The notion of these experiences being labeled as “advertisements” now feels quite disconnected from the immersive experiences themselves. While brands can and should be participating in this new medium, it’s a distant cry from that of a linear advertisement; it’s something much more transformative and emotionally enveloping than that. Which brings up another tried and true branding tactic: product placement. There will soon come a day when brands will place themselves into your personal immersive entertainment experience, which of course, opens a whole new Pandora’s Box: privacy concerns. FCC Chairman Tom Wheeler believes that VR “shouldn’t have gatekeepers” but expressed privacy concerns when it comes to advertising as the technology behind it can collect personal information of the users in virtual spaces. How this information is gathered and used will be fodder for many future discussions.

Which brings us to metrics. The hidden value behind all advertising efforts. Current day advertising has it down pat—from television and radio ads, print media, apps, and social networks, click-throughs, unique visitors, and page impressions—advertisers can easily track their audience demographics and engagement. With VR, brands are now challenged to measure and evaluate new forms of engagement data. With the lack of industry guidelines for measurement and standards, advertisers need to figure out how to best determine customer engagement in the VR world and drive business rationale for future investments. So, is VR advertising worth pursuing today? Proponents say yes. Along with the ability to better engage your audience and bring them into a brand’s world, it creates a focus and stirs emotions. It gives consumers a brand experience that they otherwise would have never had, connecting consumers with brands in an emotional context. That’s what we always strive for as advertisers.

On the flip side, there are those that think VR advertising is a bit premature. The hardware is still expensive for mass consumption, which means a lack of an audience or scale for monetization. The technology could still use some improvement and the ultimate challenge is audience expectations. With such a futuristic platform, the consumer expects to be wowed! If these expectations aren’t met, consumers could be turned off by the whole experience. “The key to Virtual Reality is to take the consumer on a journey with your brand. The viewer has to feel like they are getting something that they can’t get anywhere else and that requires a well thought-out campaign, exciting and engaging creative, and a story line that’s relevant to their experience or you’ve wasted a tremendous opportunity and potentially lost your customer,” stated Michael Coulson, Senior Director of Product Marketing at NextVR.

Whether it’s VR, AR or 360-video, brands and advertisers need to remember that the viewers are still real people who are making purchasing decisions. The key is to gain understanding on how they want to engage and create story lines that are relevant to them as people. Marketers and advertisers are optimistic about the possibilities of this promising new medium. While the format and technologies may have evolved, there’s still a need for brands like Bulova to put their products in front of consumers. The new frontier of VR just makes that experience more realistic and engaging than ever before.

The New Rules of Nonprofit Branding 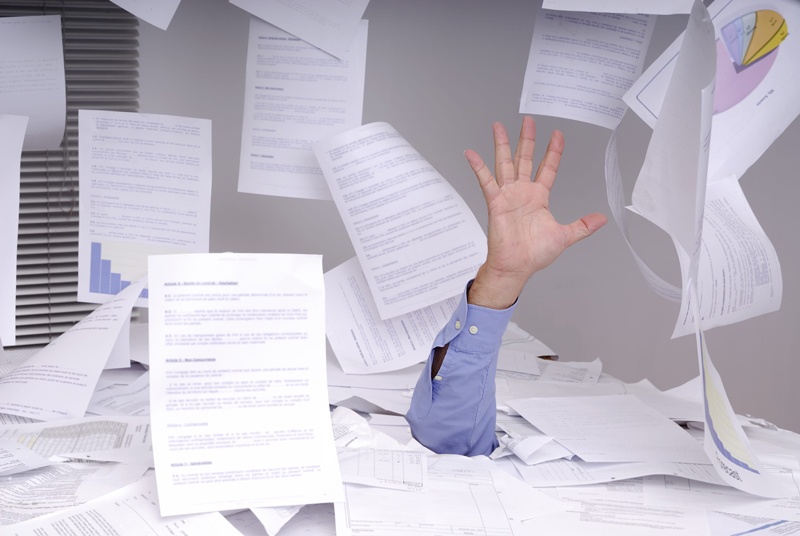 As a project manager, you’re always looking for tools that can make your job easier. Half the battle of your job is organization, and for years excel and microsoft project have been the go to spreadsheet and project management applications that help you stay on top of all your projects. About a year ago, I […]